An inside look at the world’s third largest bored tunnel

The Lower Thames Crossing is a major new road in the South East of England that will nearly double road capacity across the river Thames and almost halve northbound journey times at the congested Dartford Crossing. A newly released video shows what the tunnel could look like 15 years after opening.

The multi-billion pound Lower Thames Crossing will be the UK's longest road tunnel and world's third largest bored tunnel. It is set to be the most ambitious road project in the UK since the M25 opened 30 years ago. This past week, new images and a fly through video were released to coincide with the launch of a statutory consultation.

Highlighting the national significance of the scheme, the UK government’s Transport Secretary Chris Grayling said, “We are making the biggest investment in improving our roads since the 1970s, ensuring journeys are quicker and safer. The Lower Thames Crossing will help transform journeys, create new business opportunities in Kent and Essex and unlock productivity across the UK. It will also cut congestion at the Dartford Crossing and improve connectivity from our industrial heartland to our ports in the South East.”

David Manning, Development Director on the Lower Thames Crossing, commented: "I am delighted that the statutory consultation for one of the biggest infrastructure projects in the UK has begun. We are now able to show the public what the Lower Thames Crossing can offer them, and let them have their say to shape the design. The coming weeks will be key in setting out how we progress the next phase of development." 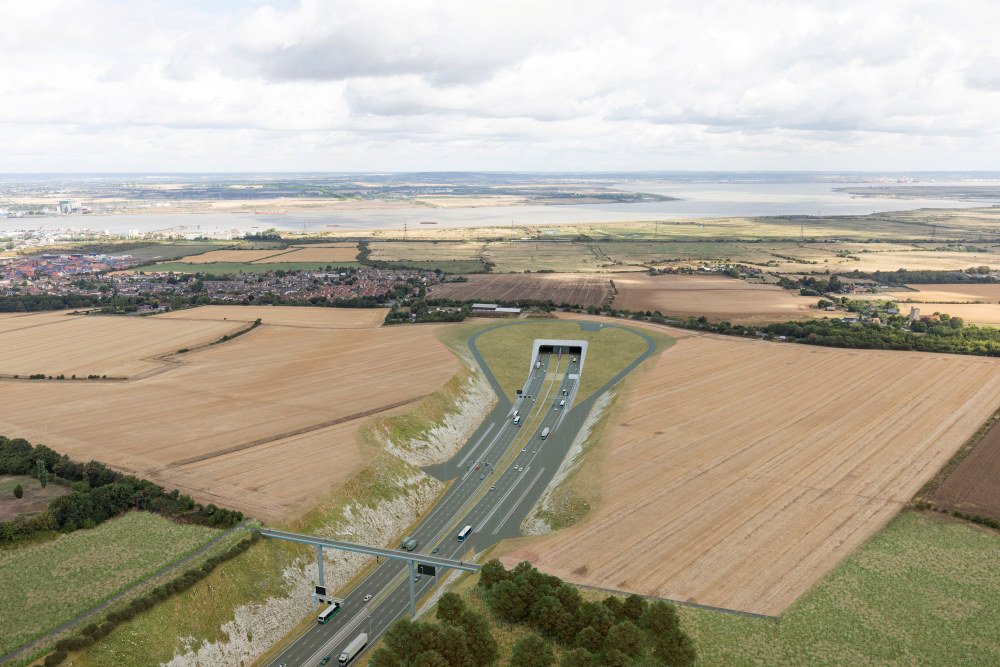 ABOUT THE LOWER THAMES CROSSING

The 14.5 mile route connecting Gravesham in Kent and Thurrock in Essex is expected to reduce traffic at Dartford by 22 per cent with 14 million fewer vehicles using it every year. It will almost halve the morning peak average journey times between M25 junctions 1b and 31 from nine minutes to just five.

The project will create a new, three-lane dual carriageway connecting the M2 near Rochester and the M25 in Essex between North and South Ockenden. It would include a 2.4 mile-long tunnel under the Thames between Gravesend and Tilbury – the longest road tunnel in the UK – and, at over 50 feet wide, the third largest bored tunnel in the world.