Designing a breakwater to protect a vulnerable coastal environment susceptible to destructive storms off the North Sea is not an easy task. A new artificial concrete armour technology has been selected as part of the solution.

The Port of Hanstholm is currently undergoing a major 500 million DKK design-build expansion, which includes constructing new outer breakwaters, a new and deeper harbour entrance, new and larger quays, and hinterland. To protect the new port basin and quay wall from wave heights of up to approximately 14-15 m, COWI, in close collaboration with client and contractor Aarsleff A/S, has designed a 1 km long eastern breakwater and 400 m long western breakwater.

“Hanstholm is by far the most exposed port in Denmark, making the new western breakwater the largest and most challenging breakwater built in the country since the present port was built in the 1960s,” explained Thomas Gierlevsen.

“Our aim was to develop a breakwater design that could sustain 100-year design wave conditions. We were also focussed on durability, constructability, and minimising the risk for the contractor during construction, as summer storms with maximum wave heights up to 6-8 m were inevitable during the breakwater construction from April to September.”

Instead of using the traditional rock armour for the breakwaters, which would require individual armour rocks of up to 40 tonnes and be particularly vulnerable to damage during construction, a new type of artificial concrete armour units called Cubipods were selected as a more robust alternative.

A Cubipod is a large bulky concrete block resembling a cube with pods sticking out on each side. About 40,000 tonnes of concrete were required for one layer of 15-30 tonne blocks on the new western breakwater.

Cubipods have proven to be an ideal solution in Hanstholm: they are more economical, manufacturing and installation was easier, less concrete volume was required, and little to no long-term maintenance is expected. They are also highly resilient and not overly sensitive to settlements caused by the severe wave action on the breakwater, which is an advantage over other types of monolayer concrete armour units. To verify and optimise the stability of the breakwater under extreme wave conditions, the team undertook physical modelling at Aalborg University, which is one of the world’s leading institutes in the development of wave generation and wave analysis techniques for physical model testing.

The tests confirmed that the designed breakwater using Cubipods could withstand the 100-year design wave conditions with minimum damage, as well as even more severe conditions. 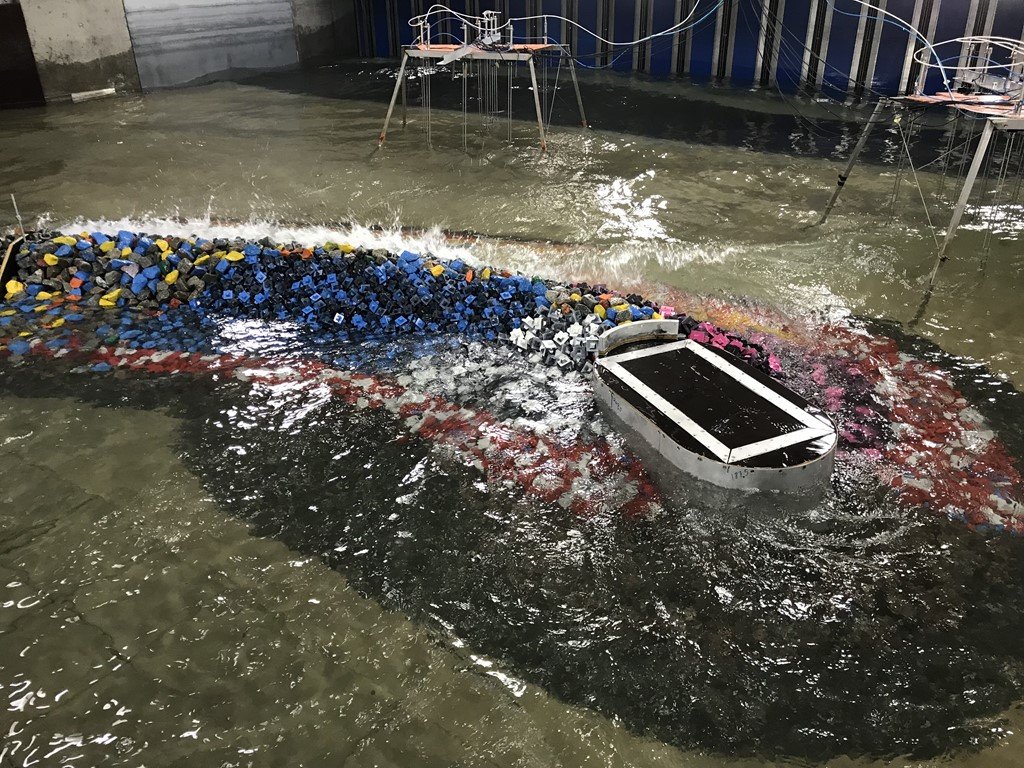 The Port of Hanstholm is a major fishing port on the North Sea coast of Denmark. It generates 1,600 local jobs and drives business development throughout the municipality.

It is situated in the most exposed location on the entire west coast of Denmark and needs to be futureproofed to accommodate larger fishing vessels, provide safer navigation conditions, and create more space for port operations and future development. This expansion project will also generate around 450 new jobs.