They represent three generations of engineers in energy and industry. But how did we get from heavy crude oil and coal to carbon capture and climate anxiety?

Common to them all is that they work in industry and energy. But the business has developed a great deal in the course of three generations.

“Climate crisis was not a word. You didn’t talk about carbon emissions,” says Jens Eirik.

In the 1950s, industry went from using coal to using heavy crude oil in boilers. In 1974, the oil crisis emerged and oil prices skyrocketed. Suddenly, everyone had to go back to using coal.

“I was project manager on several conversion projects. They called me Coal Nilsen in those days. But the industrial adventure came to an abrupt end. You could stop coal particles by means of filters and the local environment looked fine. But the CO₂ went right through.” 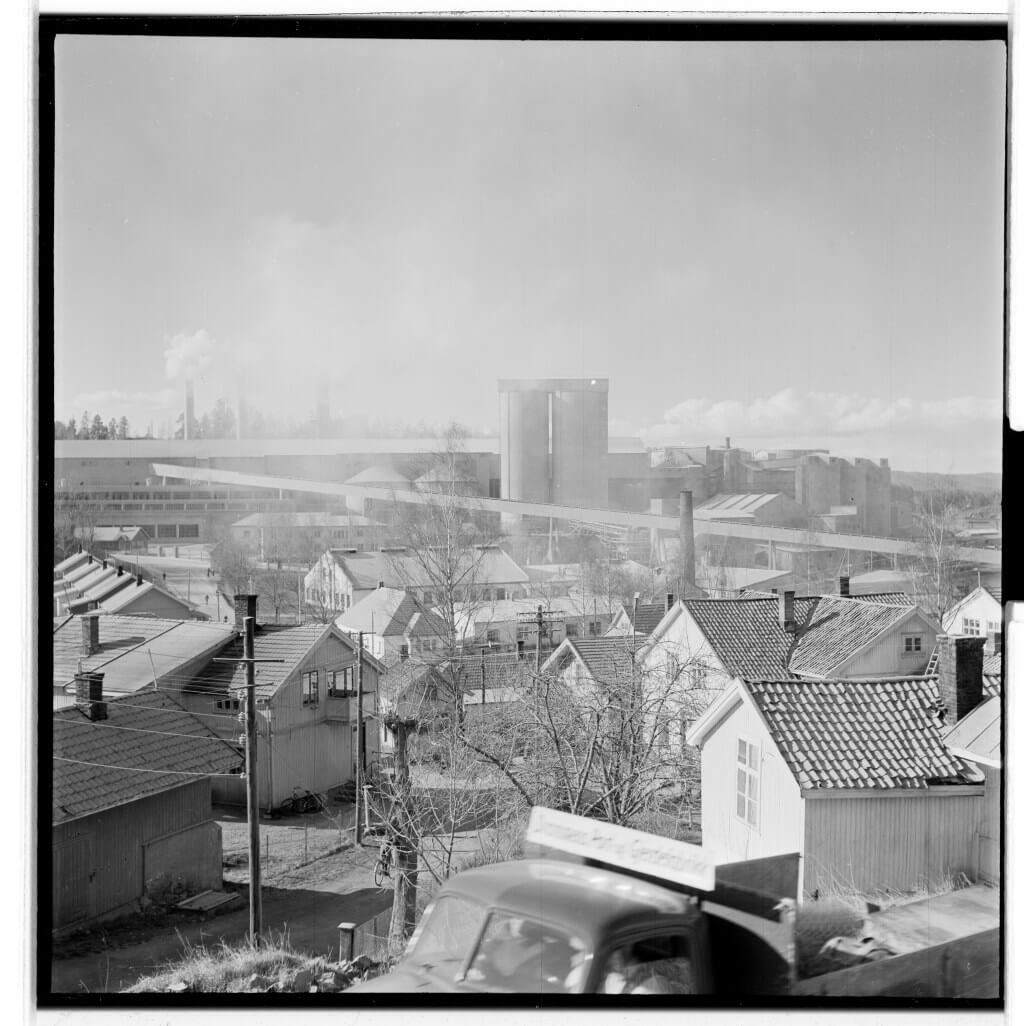 Christiania Portland Cement factory, circa 1955. The factory in Slemmestad was among the top oil consumers in Norway. When the oil crisis hit in 1974, production costs increased. After the oil crisis, many went back to using coal. Photo: Ragge Strand.

In 1987, the Brundtland report was published and sustainability became the talk of the town. The authorities became aware of the challenges resulting from sulphur and nitrogen oxides, which made their mark on the 1990s. Climate protection was brewing in society.

“Think about how the Drammenselva River and the Oslo Fjord used to be. As a kid, I went swimming there and I don’t want to think about all the filth that drifted past us in the water.”

In 1996, Alert Holtman joined the chemical engineering programme in the Netherlands. He wanted to contribute to reducing emissions from industry. That proved useful, because the 1990s saw the spotlight being directed to acid rain.

Alert remembers how the authorities started changing their requirements in the 1990s.

“For the first time, proper reporting requirements were introduced. The industry had to implement responsible procedures.”

“Companies are concerned with maximising profit and profitability. That went down when the authorities defined a ceiling for emissions. Many companies went out of business, which was tough on a lot of people. Nevertheless, it goes without saying that profitability should not dictate what emission level we permit.”

In 2014, Tore Aunevik (25) started studying energy and environment in Oslo. Most of his fellow students were passionate about the climate and discussions were plentiful. Today, he realises that perhaps not all his arguments were nuanced back then.

He did not fully grasp the complexity of the climate debate until he began his master’s degree in renewable energy.

The past year saw climate strikes, in this case a school strike for the climate held in Oslo on 22 March 2019. Photo: Flickr/ GGAADD/CC BY-SA 2.0

“When you talk to a lot of people, on both sides of the table, you see the reasons why people do what they do. Official requirements and regulations affect people’s jobs and financial situations, and this transition comes with great consequences.”

“Profitability is important to the future of businesses, but our nature can only handle so much. If we had no fishing quotas, the sea would be empty. The same can be said for the industry and energy sectors.”

“Even though I’ve worked with pretty much the same as Alert, he was fresh out of school and I wasn’t. I’ve picked up a lot of technical knowledge, perhaps especially in relation to the environmental aspects of plants,” says Jens Eirik.

But the social aspect has also changed. And much of the credit should go to Tore’s generation, says Jens Eirik.

“At the beginning of my career, there were practically no female engineers. Overall, the company is far more diverse now. I’m impressed with how young COWI employees manage to create a sense of community and look out for each other. That has an immense impact on the working environment.”

When Tore did his master thesis for COWI, he worked closely with Alert.

“As a young, new graduate, you focus on the technical aspect. But keeping in mind the business focus and remembering that technically sound solutions must also be profitable are the most interesting lessons that Alert taught me.“

After almost 50 years in the business, for the past year, Jens Eirik has been preparing for a life of retirement. But that is easier said than done.

“I’ve been meaning to retire, but Alert won’t let me. So they’re asking if I won’t hang around a bit longer.”