The illustration shows the infrastructure for liquefied carbon dioxide, from the facility to the vessel loading arm by the quayside.

Liquefied carbon dioxide finds its way to the harbour

Gothenburg and Sweden could be the first in the world to create a joint infrastructure for the transport of liquefied carbon dioxide extracted using CCS technology. The project – CinfraCap – is a unique collaborative venture between Göteborg Energi, Nordion Energi, Preem, St1, Renova, and the Port of Gothenburg.

“To achieve our climate goals we must speed up the process, and collaboration is the best way forward. We expect to be able to transport two million tonnes of captured carbon dioxide per year from our quayside facility and to do so we must have an efficient infrastructure,” says Elvir Dzanic, CEO of the Port of Gothenburg, who is among the partners behind the joint infrastructure project, CinfraCap.

CCS is widely regarded as a key component in the transition of the global energy system, and several research and development projects are already under way. Within the CinfraCap project, the various parties are looking to develop the optimal logistics and infrastructure for industrial-scale CCS, and to link to other CCS projects. The fundamental notion is to invest in a system that will also benefit additional actors.

A collaboration agreement has been signed by all the parties involved, and the Swedish Energy Agency climate initiative Industrial Evolution (Industriklivet) has agreed to cover half the cost of funding a prestudy, which is being conducted by COWI. The prestudy was started in June 2020 and is expected to be completed in Q1 2021.

”COWI is very proud, through this cooperation project, to contribute to securing the basis for a joint infrastructure for transport of liquefied carbon dioxide, and thereby improve the chances of fulfilling our climate targets,” says Hesam Mortazavi, Project Manager with COWI.

The prestudy will focus on the means of collecting captured carbon optimally from each company, transporting it down to the port, intermediate storage prior to loading, securing of permits, risk identification, and presentation of a business model.

“If we are to reach the goals of the Paris Agreement, it’s not enough to reduce direct carbon emission: We also need to implement supplementary measures such as CCS and bio-CCS. Western Sweden offers the potential to create the required infrastructure, which is why we joined the CinfraCap venture with other strong actors. Together, we can take an important step forwards in our climate efforts. But this is an urgent matter, and in order to facilitate the needed investments in CCS and bio-CCS, we need national legislation in place complete with effective and supportive financial instruments,” Alf Engqvist, CEO of Göteborg Energi, which is among the project partners.

CinfraCap stands for carbon infrastructure capture. The project is focused on the transport of captured carbon and how this can be done in a climate-smart, cost-effective way. The aim behind CinfraCap is to produce a more comprehensive picture of the logistics chain required to transport captured carbon dioxide from different industrial facilities in western Sweden – from liquefication and intermediate storage, through to distribution to ships and onward transport to the repository site. The interface for CinfraCap will be the fence around the facility in western Sweden that captures the carbon dioxide, through to the loading arm on the vessels that transport the liquefied carbon dioxide onwards by sea.

CinfraCap will complement a number of other ongoing research and development projects, including Preem CCS, ZEROC, and Northern Lights, which is a full-scale carbon dioxide repository project being run off the west coast of Norway.

CinfraCap is a collaborative venture between Nordion Energi, Göteborg Energi, Renova, the Port of Gothenburg, Preem, and St1. 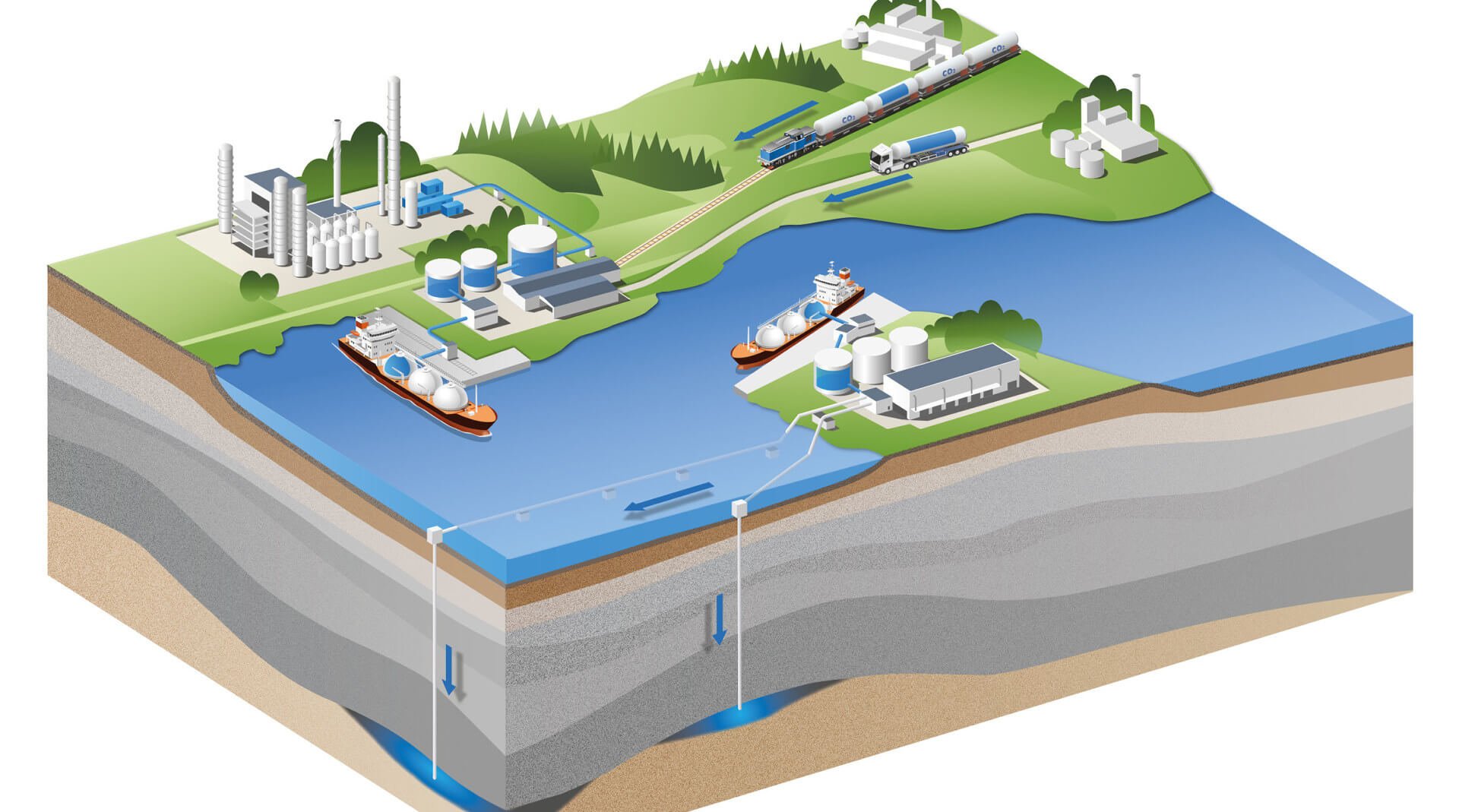 Carbon capture storage (CCS) involves trapping carbon and liquefying it under pressure. It can then be safely stored deep underground, in many cases below the seabed, reducing emissions of greenhouse gases into the atmosphere. If the carbon dioxide is captured from a biogenic source, it is called BECCS (bio-energy with carbon capture and storage), and could even result in a reduction in carbon dioxide levels in the atmosphere. Read more about CCS on the Swedish Environmental Protection Agency website.

Industry News
RISE and COWI to develop a new process for use of sportswear and underwear made from blended and ...
Industry News
Expert consortium develops carbon-neutral fuel for sustainable transport
Industry News
Preem takes next step towards supplying green fuel