The acquisition of Arkitema Architects on 4 January 2019 resulted in new projects and an increase in turnover in the first half of 2019. The order book is generally solid, and the continuing urbanisation as well as energy and climate measures are a strong driver for the demand for COWI's services. That explains the company’s relatively positive outlook on its own future, despite of a challenging level of earnings in the first half year and the ominous clouds on the horizon of the world economy.

In the first half of 2019, COWI saw its turnover increase by DKK 183 million to DKK 3,343 million. This is not least thanks to the strategic acquisition of Arkitema Architects, which has unlocked new opportunities and resulted in new joint projects worth in excess of DKK 125 million.

"When we combine our competencies, we are a strong player in the market. In Denmark, we’re now the largest player in buildings, and the effect of our cooperation is also starting to manifest in Norway and Sweden.”

In the first months of the year, Arkitema saw general low demand for residential buildings in Denmark and Sweden, but the market has picked up momentum in recent months, and COWI and Arkitema have landed several new projects together, for instance phase 2 of the expansion and refurbishment of Nykøbing Falster Hospital.

”I expect this trend to continue,” says Søbye.

Provisions related to one major project

In terms of earnings, COWI has not reached its target, and that is to a high degree caused by a single major infrastructure project in the Middle East: King Abdul Aziz Road (KAAR) in Saudi Arabia. Lars-Peter Søbye:

"The cooperation has proven unpredictable and challenging. The project has changed numerous times along the way, and payments have been postponed or reduced compared to what was agreed. As a consequence, we’ve decided to set aside provisions for the project, which will affect our total result for 2019.”

The course of the KAAR project highlights the importance of maintaining COWI's geographical market focus:

"We’re involved in projects in more than 100 countries, but our strategy is to have a particularly strong presence in Scandinavia within our core sectors. Today, 80 per cent of our business is anchored here. We’re also targeting the UK and North American markets where we boast an especially strong position in infrastructure. And we’re looking into opportunities in East Asia. We’ll continue to pursue major projects on the global market in specialist areas where we’re among the top global players, primarily bridges, tunnels, marine structures, waste management and wind power,” says Søbye and adds:

"But in the years to come, we’ll focus increasingly on stable and predictable markets.”

It is Søbye’s assessment that the international macroeconomic outlook has worsened in the past months:

"Trade conflicts, Brexit and weak growth in the EU countries are affecting the market. At the same time, the interest rate for ten-year US treasury bonds is in the range of the short-term two-year bond, which has been known to herald recessions in the past. It’s not a given that we’ll see a recession, but as a company, we have to constantly stay ahead of developments and be ready to adjust both our organisation and our customer offerings to reflect reality.”

“In the future, we expects to see political climate ambitions translate into tangible projects, and in Norway in particular, we’re seeing highly attractive growth possibilities, especially in infrastructure.“

Examples of new major projects in the first half of 2019: 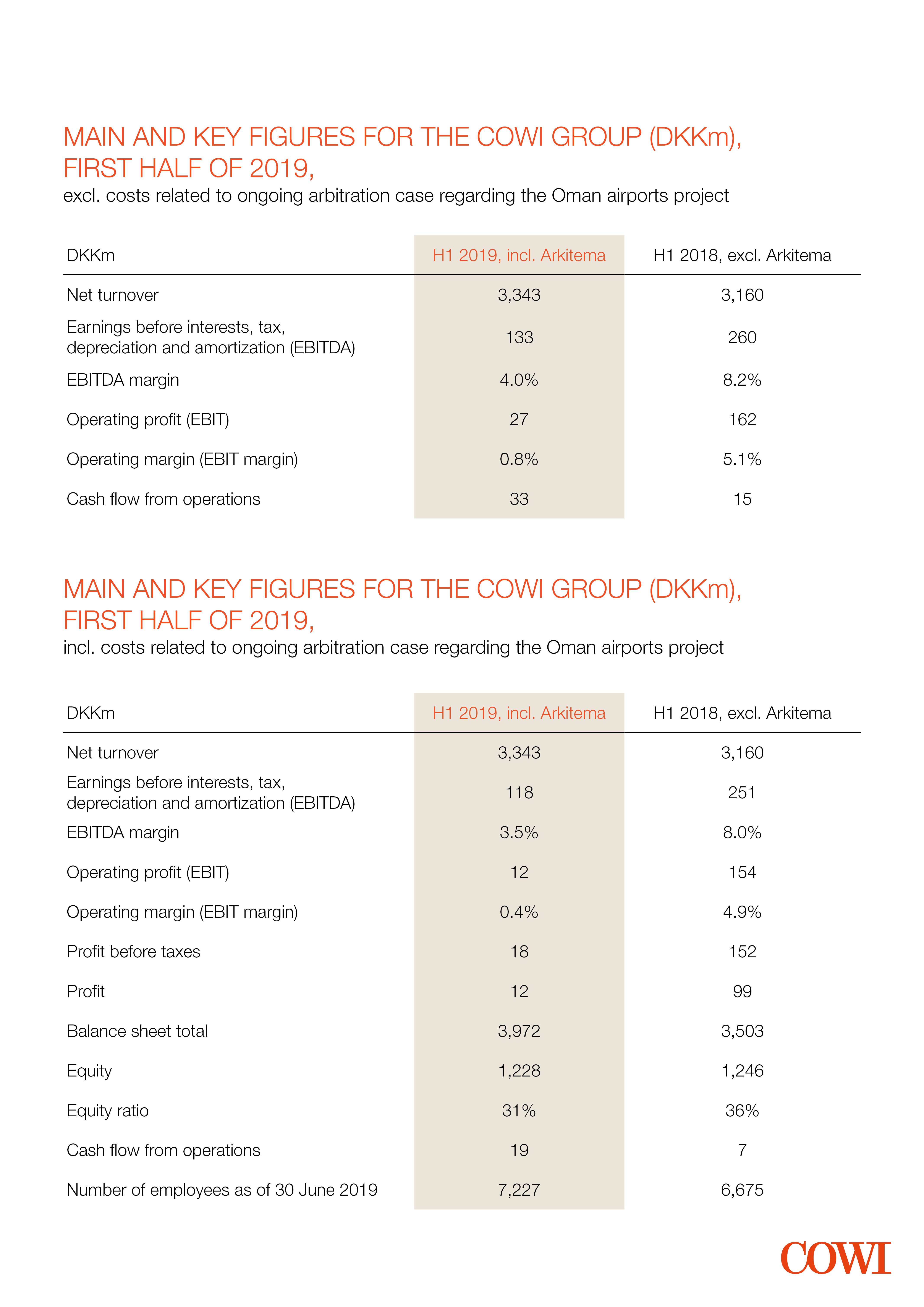