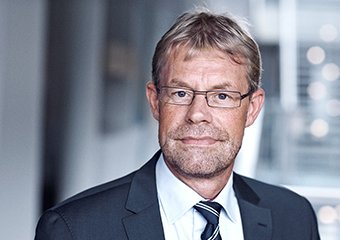 Using his training as MSc in engineering from Aalborg University, COWI's President, CEO Lars-Peter Søbye has had a long career in the Group.

Lars-Peter Søbye has worked in COWI's management since 1993, both locally and internationally, including a three-year secondment in Oman from 1997 to 2000.

In 2005, he was appointed Executive Vice President of COWI Denmark, and he was one of the main drivers behind the Danish part of the Group's 'Strategy 2010', which focused on employee involvement and development of customer relations and consultancy processes.

COWI's Board of Directors appointed Lars-Peter Søbye President, CEO in 2008, and since then he has worked to further develop the international activities of the COWI Group.

At the Confederation of Danish Industry (DI), Lats-Peter Søbye serves as Chairman of the Board, DI Global Talent, member of Foreign Economic Forum, and member of the Business Policy Committee.