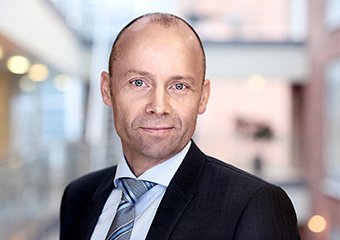 COO Rasmus Ødum has been with COWI since 1997.

Group COO, Rasmus Ødum, has worked in COWI since 1997. He has been member of the Executive Board since 2008. He holds an MSc in Agricultural Economics and has gained versatile leadership experience during his career in the COWI Group. Before joining COWI, he worked within research in Denmark and later the Food and Agriculture Organization (FAO) of the UN in Honduras.

Throughout his years in COWI, he has gained broad international and diverse sector experience from management roles and project experience in Scandinavia, Central and South America, Africa, the Middle East and South East Asia.

His early years in COWI revolved around project management assignments outside Scandinavia related to policy and sector programming within the environmental and agricultural sector. In 2004, after two years as Head of Department, he assumed the role as Divisional Director in COWI Denmark within Geographical Information and It including a year as Managing Director in COWI India, and from 2008 to 2012 he held the position as Executive Vice President, COWI Denmark.