During Zoom meetings with Morten, you would be forgiven for thinking he is joining in from a magical toy store or maybe even a crazy alternate Lego universe. He typically sits surrounded by shelves crammed with Lego models, a 3,036-piece Lego tree house next to him and even a Lego airplane suspended from the ceiling above him. But this is Morten’s home office. Part spreadsheet workstation, part nerd heaven.

True, Lego could seem the antitheses to my job. I’m an economist working in COWI’s Society, Economy and Management department, and right now, one of my primary responsibilities is to estimate when and where to invest in renewable energy. So far, I’ve spent my entire career in COWI, moving from division to division, and I love being part of a company that allows me to change direction and immerse myself in different topics. It makes for fun workdays!

Look what I made

Granted, financials and fractions aren’t the most tangible of things. However fancy my spreadsheets may be, they are hard to show off and say ‘look what I made’. This is where Lego makes sense. It’s something I can make with my hands, something to create.

But building Lego is also closely connected to my approach at work. I love working with our skilled engineers and understanding what they do and how they do it, translating my knowledge into financial calculations. It’s kind of the same thing I do when I work on my homemade models. 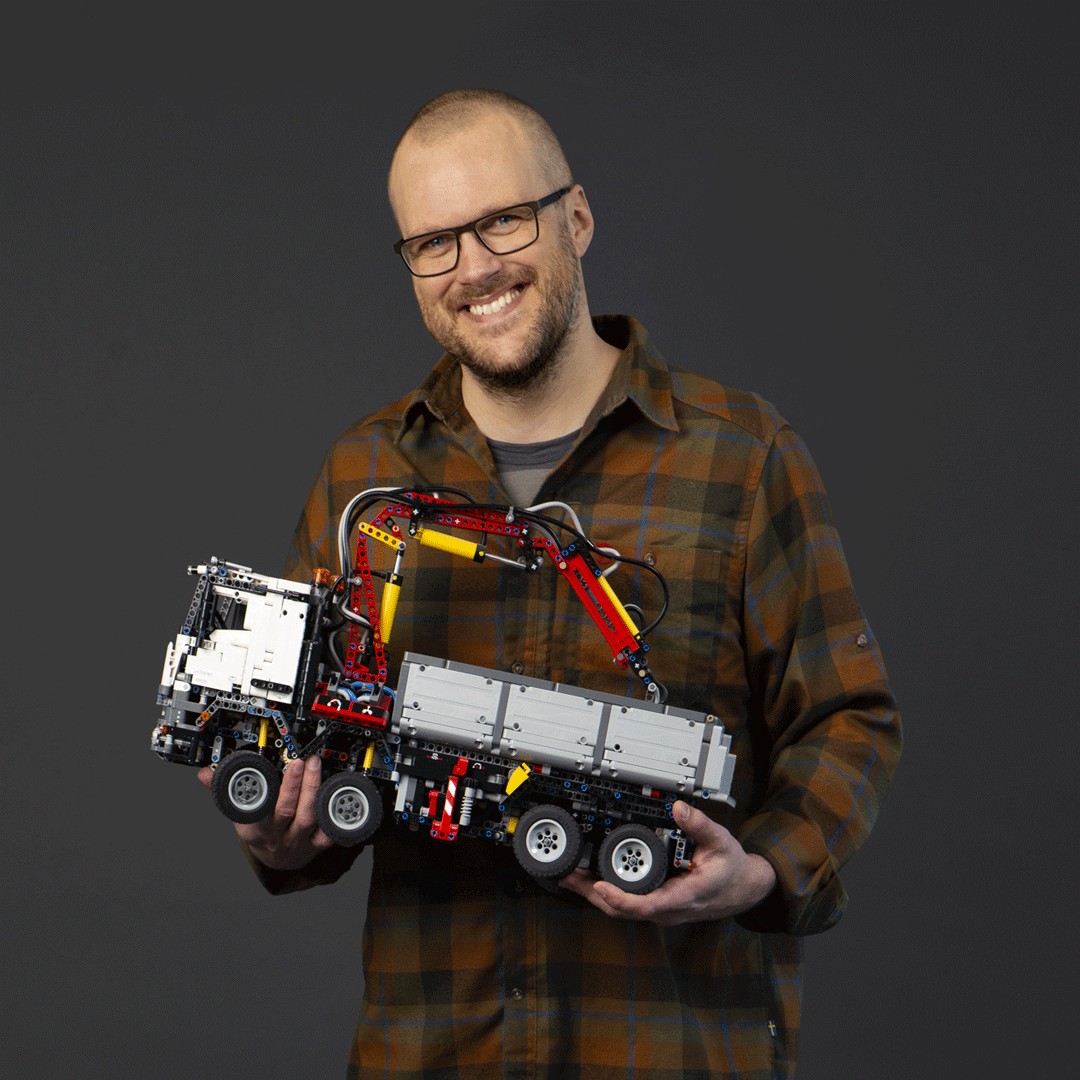 The tickling of Technic

Of course I played with Lego as a kid, but I didn’t have as much Lego as I believed I should’ve had. My dad was a first-generation academic and I think he thought it was a waste of money. So when my own son began playing with Lego, I was excited to join him and we had great fun building together. With time, though, I think he came to see me as a disturbance and that was my excuse to buy my own sets and start building on my own.

I quickly graduated to Lego Technic, which really tickles my need to know how things work. It’s the most fun to build as the models do more than just look great, like move or light up. One of my favourite builds is the Lego tree house, which I display next to my work desk.

Going from building Lego-designed models to building homemade models was much more difficult than I thought it would be. My first attempts were a mess. It requires so much patience and you have to build, dismantle and re-build a million times before it works. But then I saw a YouTube video with a guy who made a compressed air engine and it really inspired me.

I began building my own four-cylinder compressed air engine and it was a crazy project. It took two or three months and I constantly had to buy more Lego Technic parts to complete it. It also required a fair amount of engineering – drilling bigger holes, sanding down brakes, greasing and tuning to get it to run 1500 RPM – but I did it!

I brought the engine with me to work and made it run on a bike pump. Everybody loved it and since that day I’ve been known as the Lego nerd. Which I don’t mind at all.

How do you define being a nerd?
“For me, it is first and foremost an honour. I think nerds were once viewed as being unproductive, but today I feel it’s become a more legitimate title. Being a nerd means you’re skilled and it’s a badge I wear with pride. To be truly great at what you do, you have to dive in and become a nerd. If you’re not a nerd, you’re not specialised or knowledgeable enough within your field.”

Which nerd do you admire the most?
“I’m a huge fan of Danish farmer and TV host Bonderøven (‘hillbilly’ in English). He’s a farming nerd and his handyman skills and creative ideas are very inspirational. Probably because my family and I’ve just bought an old farmhouse on the island of Bornholm in need of a thorough renovation.”

What do you want to become a nerd at next?
“That would probably be something handy or crafty, seeing as we have to fix up the old farmhouse. Maybe I could build a Lego model of the farm to plan the remodelling? I sure have enough bricks to do it…”