"When I discovered the high voltage lab, I just had to get involved!"

Hearing Asbjørn Michaelsen talk about lightning perfectly illustrates his nerdiness: The enthusiastic story, where the words almost stumble out, and where gaze, gestures and tone of voice reveal that this is worth knowing! COWI could not have found a better high-voltage engineer to ensure that our constructions can withstand several million volts.

When COWI builds a building, it needs to be protected from lightning strikes - both inside and out. This is the domain of Asbjørn Michaelsen who, without blinking, declares himself a ‘lightning nerd’.

His fascination with the beautiful but dangerous world of lightning began at DTU:

“As a child, I was put in front of a computer, and because my father's hobby was disassembling computers, I became interested in how they perform their functions. Ever since, I've been crazy about electronics, so I started studying to become a low voltage engineer. Then came the day I discovered the high-voltage laboratory and I thought ‘I just have to get involved in that!’,” says Asbjørn Michaelsen, who changed his field of study so he could get his hands all over the 230 volts. Or rather, not get his hands on it...

“These were some completely new forces I started to play with, but that was the exciting part."

Taming a wild force of nature

Although Asbjørn talks about the dangerous aspect of high voltages, it is clearly his pride in protecting people and buildings from lightning damage that fulfils him:

“Initially, it is about catching lightning outside the building and leading it safely into the ground. Then I have to ensure that the lightning doesn’t enter and destroy the building's installations. The worst-case scenario is that lightning ignites the building and starts a fire, as people can be seriously injured.”

“Lightning is a raw quantity that can be really dangerous if we do not respect it. A lightning strike carries millions of volts and is 15-30,000 degrees C - five times warmer than the surface of the sun! My job is about taming one of the wildest forces of nature, ” Asbjørn explains.

And that's why it's great that the solution is actually relatively simple:

“We set up a rod of copper or aluminium and ensure that the rod is higher than the building itself, and that it is thick enough to not melt. With this method, we can catch lightning and lead it into the ground.”

That sounds simple enough but, as Asbjørn explains, there’s always something happening with the way we build which has significance for protecting buildings from lightning strikes. 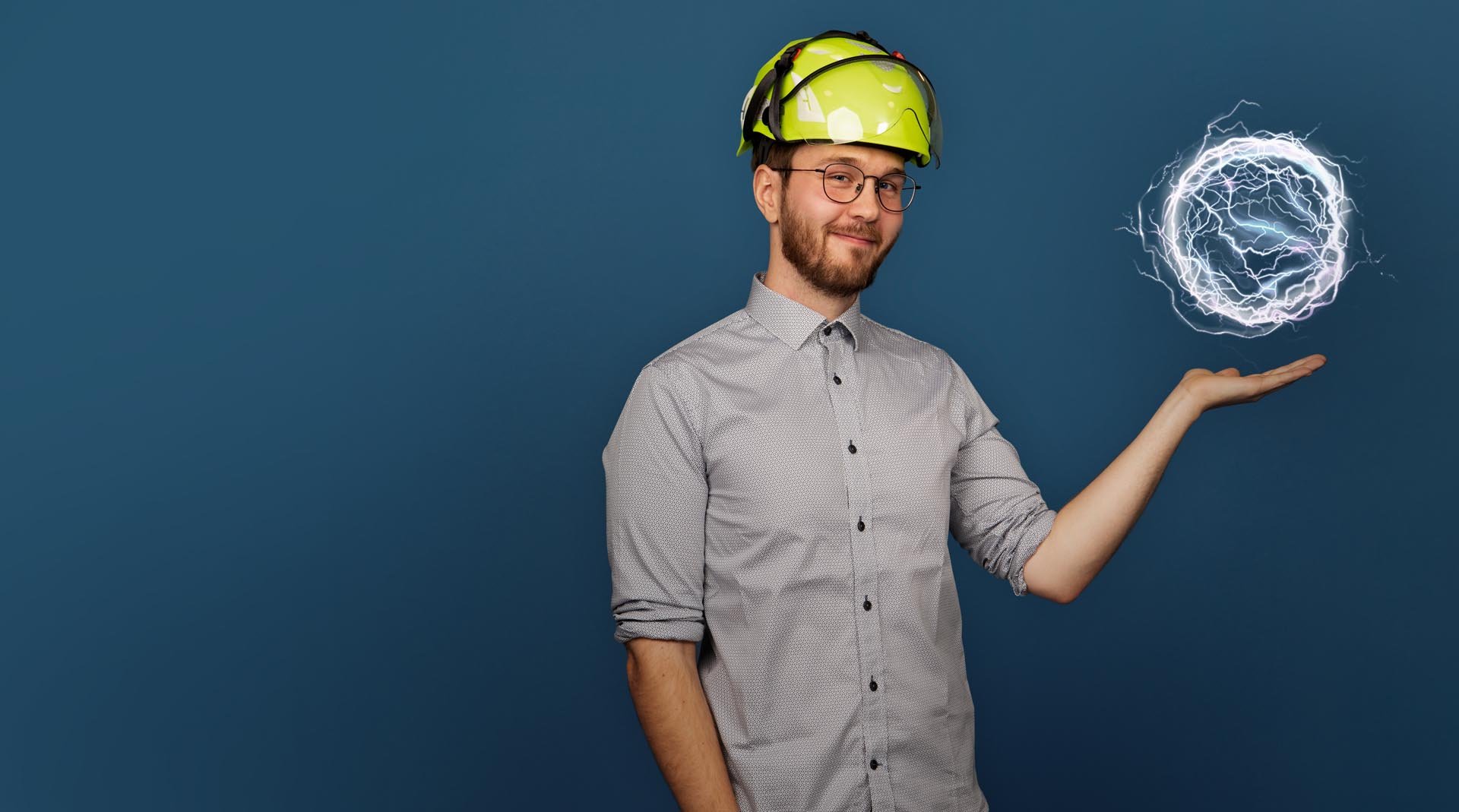 “I am often challenged architecturally, because a building can have different heights, peaks, aesthetics or something that bends. Everything on the facade must be protected, so a lot of thought goes in to how.”

A clear example of this comes from a task he was given as a recent graduate, evaluating lightning safety at a large datacentre in Denmark.

“It was a very complex building with a huge cooling system on the roof, transformer station, generator, sine plates on the facade, varying heights and a lot of angles - so it was a huge task to analyse all the components. The most rewarding part was when I had to present to the customer and explain where they did not meet the standard requirements. There I sat, a fresh graduate, facing some highly intelligent and experienced people, but because I had my niche knowledge I could still create value for them. It was a major confidence boost, and something I think back on myself on days when I feel a little down.”

What does the word nerd mean to you?
“It is a person who has a whole lot of knowledge on a specific topic, but also someone who is emotionally invested in their knowledge. There is an ethic or, a morality, in it. A nerd wants to share their knowledge - you can see it in their eyes that light up when they speak.”

Which nerd do you look up to - and why?
"My father! He's a giant nerd. He’s not an electric nerd but a historian, and I admire him for his knowledge of both the humanities and the technical. A real role model.”

What is the next thing you want to get better at - and why?
“It has got to be IT. It definitely goes back to those computers I was introduced to as a kid. I would like to learn about all the different components and the cool equipment, so I can gain a better understanding of IT infrastructure. On the whole, it is extremely important to me that I continue to seek out new knowledge and become wiser in different niches.”