EMC MANAGEMENT – A PREREQUISITE FOR A SAFE GREEN TRANSITIOn

Today, effective handling of electromagnetic fields through EMC management is fully integrated into the railway infrastructure area. However, EMC-related challenges are growing rapidly in many other areas. This is not least due to the increasing electrification and automation of our society and the implementation of new technology concepts such as green fuels as part of the green transition.

“A significantly increased focus on EMC and EMF management in relation to, among other things, the electrification of society, the expansion of the electricity infrastructure and challenges in the medico area and in relation to data centres and companies is a crucial prerequisite for, among other things, the reliable roll-out of the green transition and the continued automation of our production. Today, EMC should be a key factor in any project with a risk of electromagnetic disturbance.”

These are the words of Claus Grøn Lyngby, Senior Specialist at COWI and leading expert in EMC and EMF. But what are EMC and EMF? And why is it more important than ever to consider? 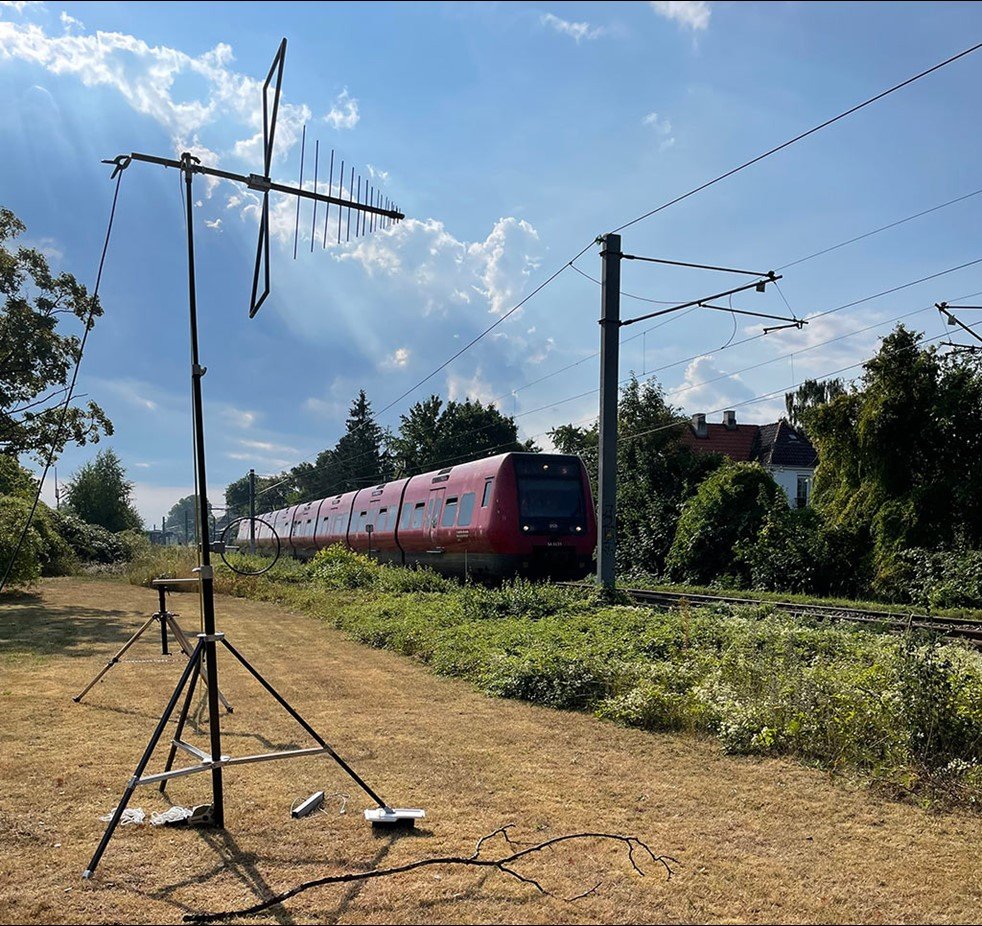 EMC covers a spectrum that goes from static magnetic fields, corresponding to the radiation from a magnet or direct current (DC) field, and in the non-ionising electromagnetic frequency band up to the limit of visible light, which is mainly emitted from electronic appliances and installations, explains Claus Grøn Lyngby.

“In Europe, EMC is regulated by an EU directive and national legislations with product standards, including the CE mark, limit values and regulations. However, it also involves a wide range of challenges that only increase further in line with, among other things, the extensive electrification and automation of our society,” he says.

Electromagnetic fields, also known as EMF are typically included as a parallel aspect to EMC. In this context, EMF concerns personal safety in relation to, among other things, being close to electromagnetic fields and is regulated by a separate EU directive for workers and EU recommendations for the public.

“EMF is relevant in all places where high currents or voltages are used and thus have strong fields in roughly the same frequency range as EMC. This applies, for example, to rail infrastructure, where both staff and passengers must be protected. This can be done, for instance, through fencing or signage indicating exposure hazard areas. As for passengers, we need to ensure that electromagnetic fields do not interfere with pacemakers or other human vital equipment.” 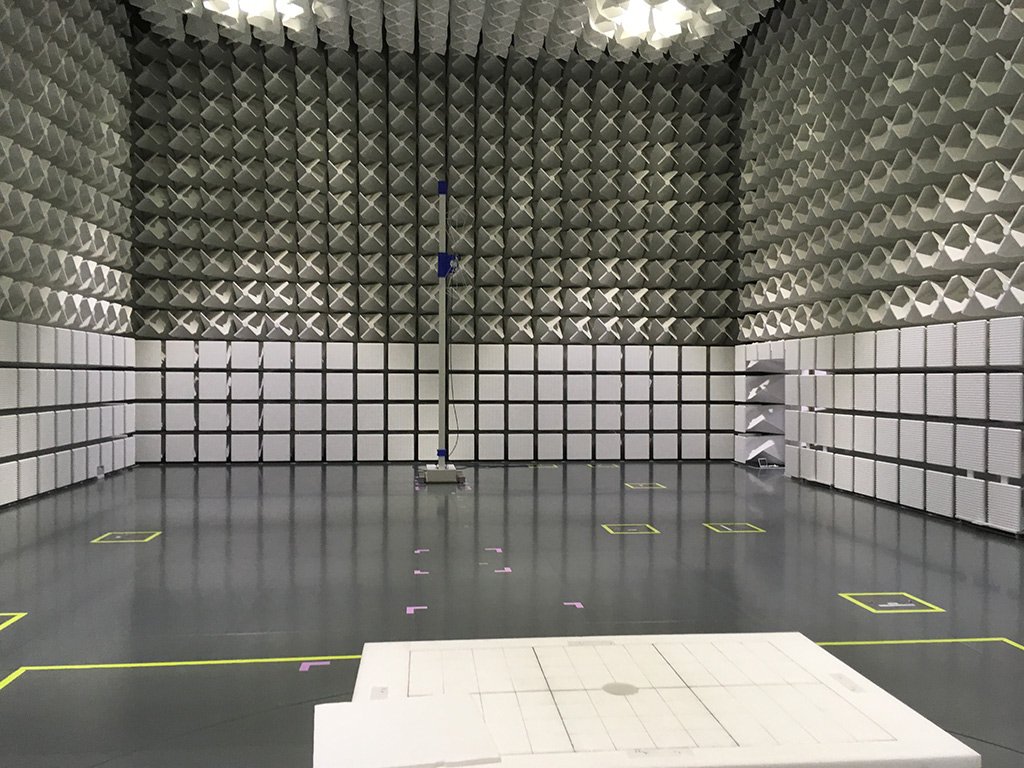 Claus Grøn Lyngby points out that EMC and EMF are relevant to look at in different industries. This applies, among other things, to infrastructure that is part of the transition from fossil energy to green energy, including the extensive electrification of the railway infrastructure in Denmark and many other countries. At the same time, an increasingly fine-meshed network of charging stations and electricity distribution is being implemented. In the new electrified reality, this will supply private cars, taxis, buses, trucks, two-wheeled vehicles, battery-powered trains etc. with green wind and solar power, among others.

“Electrification involves the use of huge amounts of electronics, which, among other things, must ensure the quality of supply in the distribution network. It is, therefore, a crucial prerequisite for the success of the vision of an electrified society that electromagnetic line-borne or field-borne phenomena from the appliances and installations used do not interfere with each other, are disturbed by other installations or interfere with the surroundings themselves. At the same time, the electromagnetic fields must not pose a risk to humans,” he says.

Claus Grøn Lyngby also points out that wind and solar parks are based on electronics for control and electricity conversion. The same is the case with, for example, waste-and-woodchip-fired plants and, not least, green fuels, which is one of the new energy concepts that we as a society rely on to a great extent in our efforts to reduce our carbon emissions.

At the same time, EMC is relevant in expanding our national and international power grid and further work to implement an increasingly intelligent energy system. Here, consumers’ and companies’ electricity consumption should be much more flexible and adapted to the capacity of green electricity production, which varies with the amounts of wind, solar and other energy sources. In this connection, it is crucial to ensure that we do it right from the start and thus facilitate further infrastructure expansion later, Claus Grøn Lyngby states.

EMC and EMF are also highly relevant in the medical area, not least in maintaining the functional safety of medical devices in hospitals and medical clinics. A lot of vital medical devices are electronic and thus at risk of influencing each other or being affected by electromagnetic emissions and fields from other technical equipment, communication activities or other external sources.

“This applies, among other things, to large scanners, X-ray apparatus and the like because electromagnetic fields from these can, at worst, influence vital devices that, for example, control heart rhythm or blood supply. Here, the location of the devices relative to each other plays an important role. At the same time, care must be taken to ensure that external installations – such as a railway section near the hospital – do not interfere with the medical devices. We have a Danish example of the latter in connection with the light rail that was led through the area next to Odense University Hospital,” says Claus Grøn Lyngby.

He points to another area with a massive need to handle EMC-related challenges, namely data centres.

“Today, the large data centres form the heart of communication. Therefore, it is crucial that they are robust internally to avoid down time, but they must not interact negatively with the surroundings either. A data centre contains large amounts of electronics in a confined space and accumulates a relatively powerful radiation, which must not interfere with the outside world,” he says and continues:

"At the same time, electromagnetic emissions and fields are emerging, which are related to the data centres’ massive power consumption via the infrastructure for data storage and distribution to the internet. The centres also contain emergency power supplies for backup supply and are often connected to heat exchangers that use excess heat to heat the surrounding households and businesses. All these elements must be part of a unified, robust EMC structure to secure data.” 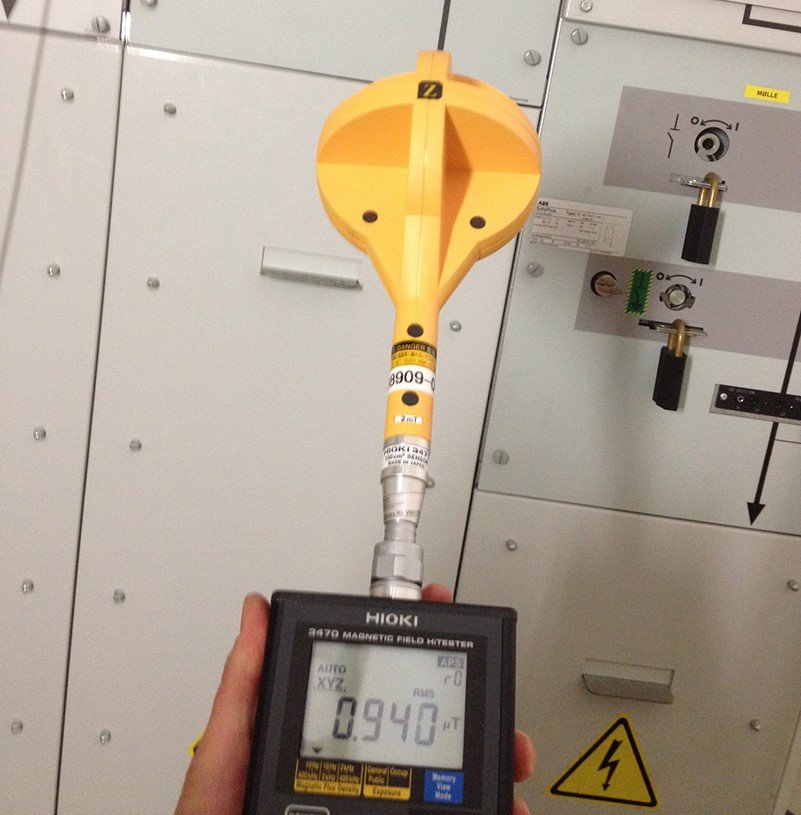 NO ROOM FOR DOWNTIME

Claus Grøn Lyngby also points out that for decades there has been intensive automation of companies’ production facilities, where industrial robots have taken over manual work. These robot solutions are becoming increasingly advanced, and production today comes to a complete standstill if the robots break down. Therefore, it is more important than ever to minimise the risk of EMC-related conditions negatively affecting production.

Specifically for railway infrastructure, there must be coherence between the components placed in the overall solution so that they do not interfere with each other. This could be components of the train itself, but also along the tracks, such as signal management, cables and power distribution. Everything must work together harmoniously, he emphasises.

“Although the individual appliances are CE marked and comply with all legal requirements and therefore, in theory, should be robust, this is not always the case when placed in an environment with many different installations. For example, disturbances can occur if high-voltage cables are placed too close to signal cables. The severity of the situation depends on the frequency content of the interference and the sensitivity of the installation. And a change – such as upgrading to new equipment – can result in new EMC problems,” says Claus Grøn Lyngby and continues:

“In the railway industry, experience has shown the need to practise standardised EMC management. Projects of a certain size must therefore follow a well-structured EMC plan through all project phases, from requirement specification, tendering, risk analysis, design and testing to integration, implementation and operation. We are currently drawing on experience from this industry in other industries,” he says and points to radio and telecommunications equipment as a key aspect with risks that must be taken into account.

“Communication equipment can interfere with both other communication equipment and other electronics. The task here is to ensure that the wireless communication we rely heavily on can take place undisturbed. And with the growing prevalence of, for example, the internet of things (IoT), this will be even more crucial in the future,” says Claus Grøn Lyngby and continues:

“Finally, the risk of lightning, which is a very powerful electromagnetic phenomenon, is an EMC- and EMF-related aspect that we take into account wherever it is relevant. This applies, among other things, to protecting devices and installations from the direct effects of lightning, but also those that can occur indirectly in electrical installations or when strong electromagnetic fields are formed, for example, close to a lightning conductor.”

Claus Grøn Lyngby recommends carrying out a preliminary investigation focusing on EMC and EMF in any project, where relevant, at as early a stage as possible and always prior to the design phase.

“Whether it is changes to existing solutions or the construction of a new building or new installations – for example, the implementation of new robots on a production line or new scanners in a hospital – we begin with a technical preliminary investigation of the existing electromagnetic conditions on the site. This applies to internal conditions directly related to, for example, the factory, hospital or railway infrastructure to be worked on and the interaction with the surrounding environment with, for example, homes and businesses.”

He also explains that in situations where something existing is being expanded, attention should be paid to the fact that the new equipment is either not placed near or adapted to the existing installations inside or outside the building, which are not robust because they were installed at a time when there were no up-to-date requirements for EMC or EMF.

The technical descriptions are subsequently compared with what the customer wants to achieve. In this process, the potential EMC- and EMF-related challenges are clarified, and COWI provides input in the form of specific requirements and design proposals to the people involved in the design task. And it is and will be crucial to clarify these challenges and, on that basis, carry out a risk analysis before starting to design new solutions, Claus Grøn Lyngby points out.

“This is the only way to minimise the risk of having to make changes when the work is either in full swing or, at worst, completed. It will almost always be both complicated and extremely costly,” he states, adding that COWI, once the task has been completed, conducts an inspection to document that the EMC- and EMF-related measures have been carried out in accordance with the instructions.

Claus Grøn Lyngby is an expert in EMC and EMF management, which he has worked with extensively for more than 20 years. Among other things, he is active in international and national standardisation environments and has, for example, been a member of DS/S-710 under Danish Standards for more than 13 years. DS/S-710 is the Danish shadow committee for ISO/TC 210, which evaluates and comments on the EMC-related standards published by CENELEC, IEC, ISO, CEN and ETSI. Claus Grøn Lyngby began his career as an electronics mechanic in the Royal Danish Air Force, where he primarily focused on radio communication, navigation and weapons systems for helicopters. Since then, he continued his education and became an engineer and worked with EMC-related type testing and testing of electronics and electronic components in the company FORCE Technology (formerly DELTA). This was followed by 15 years as responsible for EMC compliance and testing as well as preparing for final EMC certification in the wind turbine giant Vestas. Claus joined COWI in 2021 in the Railways and Metro department. Today, he advises customers in all of COWI’s business areas on effective EMC and EMF management.