Randers Municipality has signed a contract with COWI in Denmark as the lead consultant for an initial phase in realising an extensive infrastructure project – the Climate Bridge (Klimabroen). The project forms part of, among other things, protecting the city against future flooding and establishing a new residential and business area along the harbour.

“We have had an excellent cooperation with Randers Municipality for many years, but that does not change the fact that each tender is a new exam. This time we were up against four other bidders, and we won the tender by getting full marks for our solution.”

These are the words of Michael Grøne Andersson, Business Development Director in Transport Infrastructure in COWI. He states that the project will ensure that the municipality comes closer to being able to estimate the total project cost of the so-called climate bridge connection, which is an important project for the development of Randers city centre, forming part of an extensive infrastructure project in the area.

“We will, among other things, provide a technical and environmental description of the construction project, on which the subsequent environmental impact assessment (EIA) and regulatory processing can be based. This gives Randers Municipality a solid basis for the further decision-making and regulatory process towards the final design and construction of the Climate Bridge and connected roads,” he says. 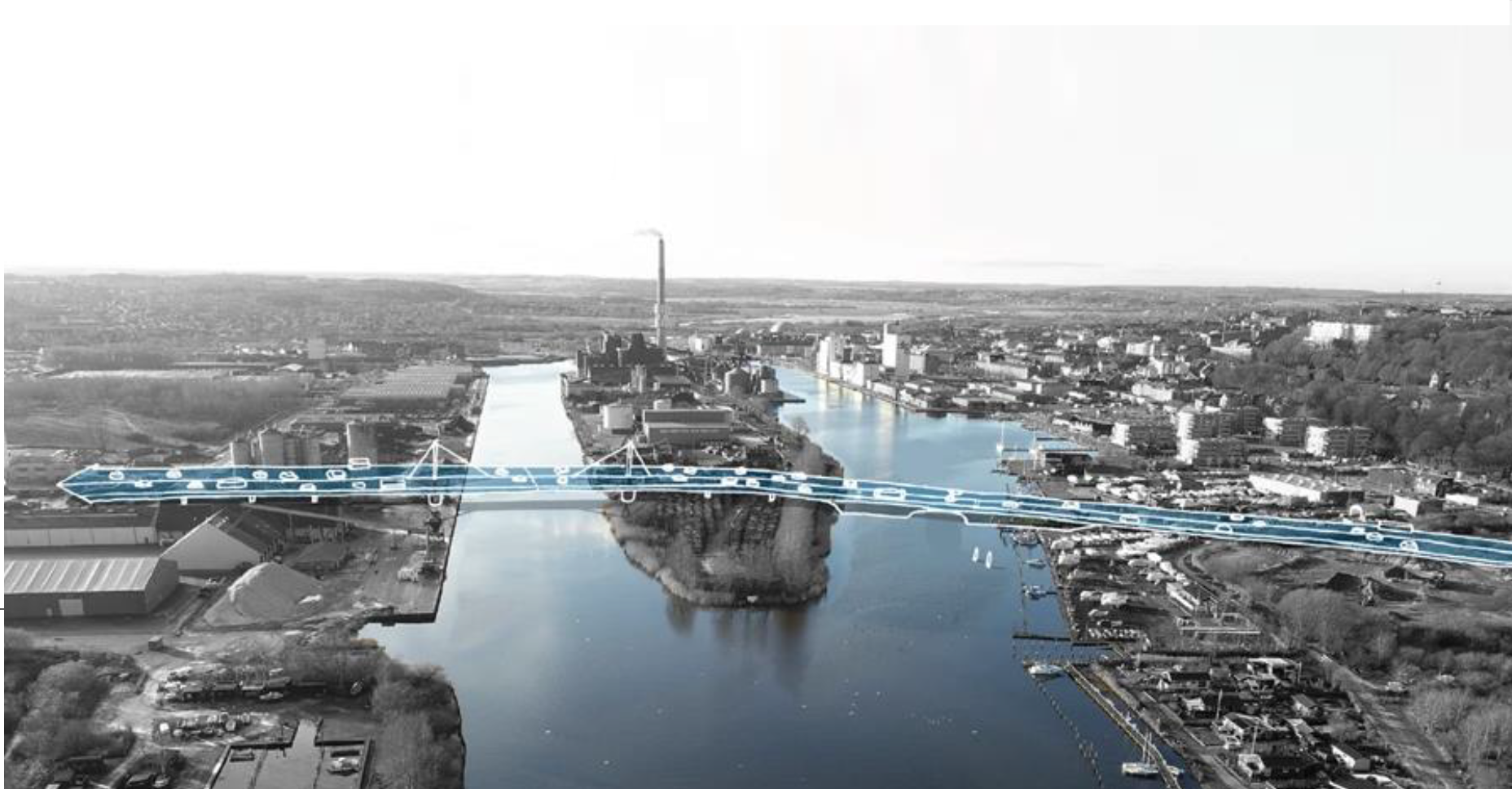 The Climate Bridge will consist of a dam across the northern harbour basin, a bridge across the southern Randers Fjord/the Gudenå river and connection to the road network north and south of the fjord – and is the municipality’s answer to two major challenges:

Firstly, the existing Randersbro bridge is a bottleneck for traffic across the fjord, which affects the road network in the city centre and causes delays for motorists. Secondly, the city is threatened by floods from cloudbursts and storm surges, which are becoming fiercer when they do occur due to climate change. At the same time, the new link across the fjord will make it possible to evolve the industrial harbour area into a new residential and commercial district.

According to Mikkel Færgemand, who, in close collaboration with Keld Schumann, is responsible for the project management of the assignment, COWI contributes a robust project organisation with insight into local challenges and competencies in multifaceted professional areas, e.g. traffic, water, roads and bridges, which form part of the project. Furthermore, as part of the project, COWI will, among other things, carry out investigations of geotechnical, water, flow and sediment conditions as well as traffic analyses.

“The traffic analyses will form the basis for the design of future intersections, while the geotechnical investigations set the direction for the design and foundations of the future stretches of road as well as the dam and sluice to be built. We will also analyse water, flow and sediment conditions and map storm surge data and rainfall incidents. The results will ensure high water quality and good recreational conditions behind the dam. The dammed water area will also function as a reservoir for excess water in situations with high water levels in the fjord and extreme rain – thus protecting Randers city against future flooding,” concludes Mikkel Færgemand.