Despite the impact of the continued COVID-19 pandemic, COWI succeeded in achieving the highest ever customer satisfaction, demonstrating a clear link between customer satisfaction and profitability. Operating profit (EBIT) went up to DKK 356 million, an increase of DKK 6 million.

In 2021, COWI divested and phased out our activities in the Middle East and Africa, where the risks of doing business are considerable. Instead, COWI secured a stronger market position in its core markets in Scandinavia, the UK and North America. The business saw growth in the UK in particular, and in the US, COWI landed strategically important projects that provide the basis for additional growth. Most recently as advisor on one of the largest offshore wind developments in the US; Empire Wind, off Long Island, New York.

COWI just launched a growth strategy based on the green transition. Among other things, it entails that COWI will no longer take on projects that extend the life of fossil fuels.

"We hold a special responsibility to contribute to a greener society, to the benefit of future generations. Deselecting fossil fuel projects has consequences for our business, as does our wish to have all of our projects, within three to five years, promote sustainability. We have already turned down a number of otherwise profitable projects, but we must be consistent. I'm pleased that most customers appreciate our clear statement. Most of them are ready – as are we – to make a difference that will benefit everyone in the long term," says Lars-Peter Søbye.

Together with COWI's employees, he has identified four market areas that are vital to the green transition and where COWI wants to be a market leader. They are: sustainable energy, large infrastructure, large buildings, and water and climate adaptation.

”Engineers and architects don't have all the answers to the green transition. Therefore, we will make considerable investments in new partnerships, e.g., start-ups, as well as in new innovation and technology that can accelerate sustainability in close dialogue and cooperation with our customers. COWI is a people business. If we are to make a difference together with our customers, we must continuously ensure that our employees are considered the best in the industry. With that in mind, we will allocate even more millions of kroner to competency development in the coming years," explains Lars-Peter Søbye.

Even though the strategy is to drive an annual organic growth of more than five per cent over time, COWI will be prepared to make acquisitions to strengthen its market position.

"Combined, governments in the EU and the US will be investing more than DKK ten trillion in the green transition. Thanks to our competencies, we stand a good chance of getting a good slice of that cake. So, I'm not worried about meeting growth targets. I'm more worried about the lack of qualified labour. To that end, any acquisitions will increasingly be based on the goal of securing employees with the right competencies," says Lars-Peter Søbye.

Building on strong results and a well laid-out, ambitious strategy, COWI will continue to be a leading international company when it comes to promoting innovative solutions and the green transition. 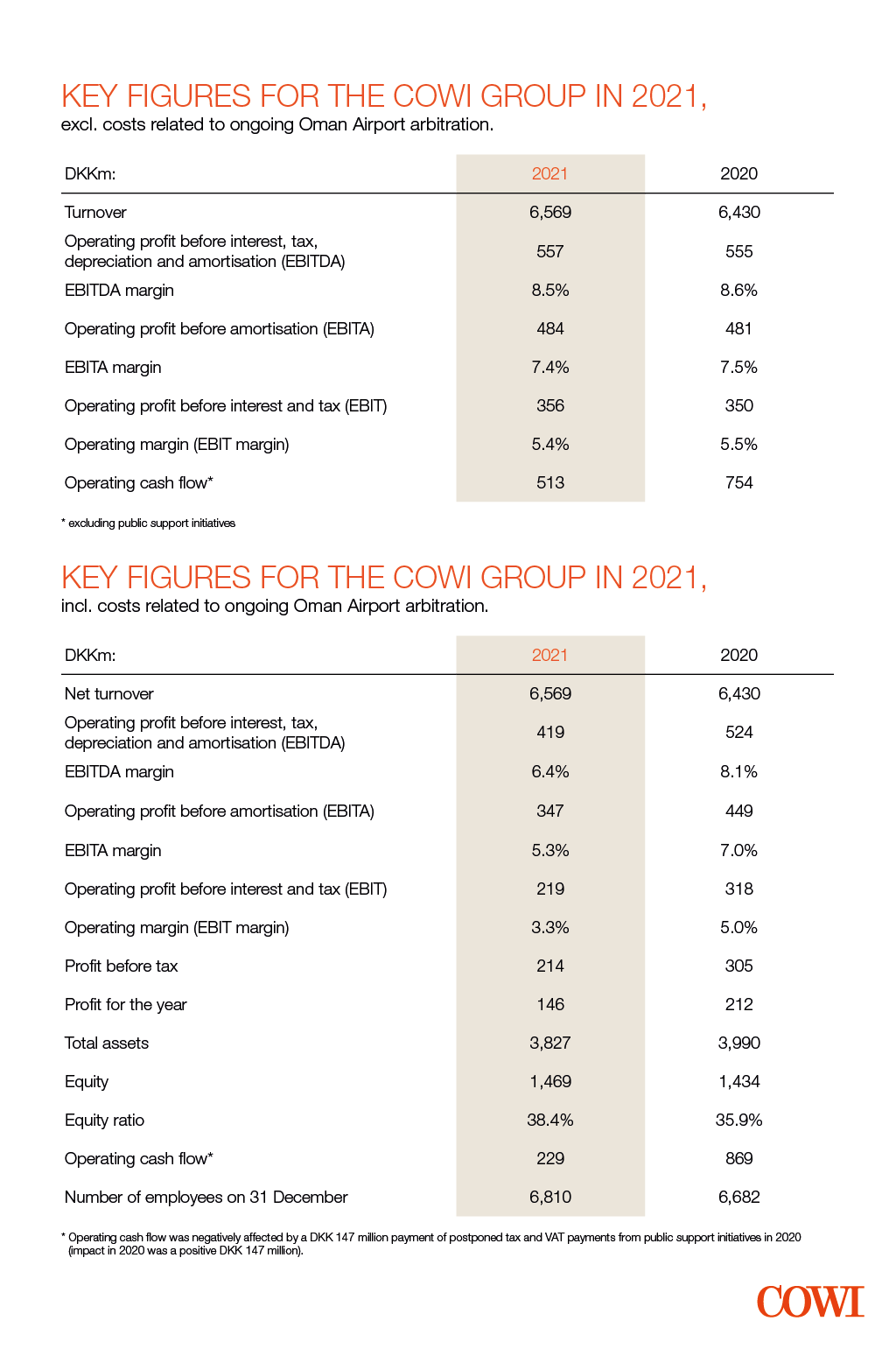