Engineering sustainable and durable concrete to reduce our carbon footprint

Cement production is the second largest industrial emitter of carbon dioxide in the world, and creates devastating environmental impacts. With production expected to increase, especially in developing countries, innovation is urgently needed to find a sustainable alternative. Could a new concrete technology that reduces carbon dioxide emissions by 60-70 per cent be the answer?

Cement is literally the glue that holds the world's infrastructure together. When mixed with aggregate, sand, and water, it forms concrete; the most used man-made material in the world, forming the building blocks of our homes, schools, buildings, transportation infrastructure, and much more.

With many cities around the world currently undergoing rapid urban development, the need for supportive infrastructure – and subsequently cement – is growing as well. According to the International Energy Agency, global cement production is set to increase between 12 to 23 per cent by the year 2050.

However, cement production is extremely energy intensive. It is the third-largest industrial energy consumer in the world, responsible for 7 per cent of industrial energy use, and the second industrial emitter of carbon dioxide, with about 7 per cent of global emissions. It is also a contributing factor to climate change, natural resource depletion, and negative health and safety implications for construction workers. Despite ongoing efforts to improve these conditions, carbon emissions from the cement industry are still expected to rise by 4 per cent globally by 2050.

Currently, there is no alternative to cement that is effective, affordable and durable enough to comprehensively cover all of its applications.

However, a newly developed concrete technology that significantly reduces the volume of cement required in infrastructure projects could the key to a more sustainable and durable future.

In the mid-2000s, HOFOR (formerly Københavns Energi A/S) planned to build a 4 km long bored tunnel under Copenhagen Harbour and the City that would carry a major system of district heating pipes.

Traditionally, reinforced concrete with rebar cages was used on these types of tunnels, but the risk of early corrosion from the hot water and vapour was common and resulted in high maintenance and repair costs and a shorter service life. HOFOR was looking for a longer lasting solution.

We proposed using Steel Fibre Reinforced Concrete (SFRC) for the tunnel segments to meet the client’s requirement of a 100-year service life. When compared to traditional reinforced concrete, SFRC is more durable and does not corrode as quickly. This was the first time our team implemented this material on a project of this scale. Since then, our service offering and expertise in the area has grown, and we are now collaborating with clients from all over the world.

SFRC used for bored tunnels is among the greenest reinforced concretes ever produced. It is a unique material, consisting of a mix of steel fibres (not much thicker than a strand of hair), aggregate, water, cement and plenty of cementitious replacements such as flash, slag or silica fume. 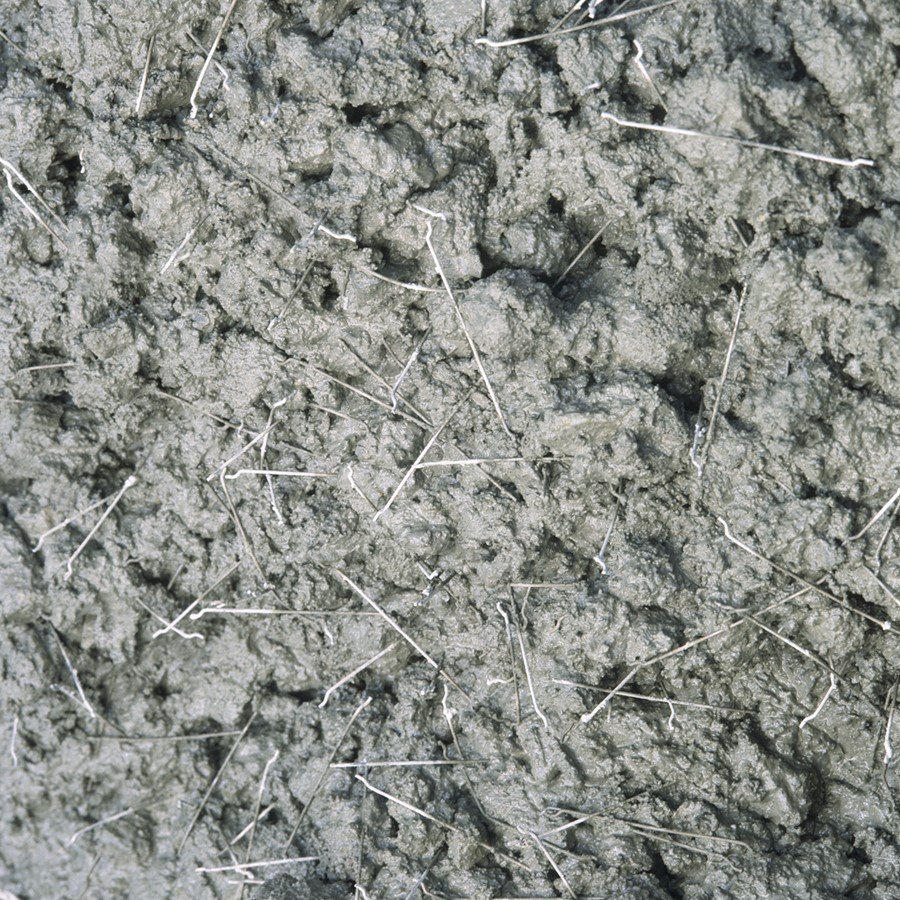 Close up image of the steel fibres in SFRC

Most importantly, carbon dioxide emissions from the production of SFRC with fly ash and/or slag as cementitious replacements are reduced by a remarkable 60-70 per cent compared to traditional reinforced concrete production.

Making moves in the Middle East

The Strategic Tunnel Enhancement Programme (STEP) was an important international breakthrough for SFRC. The aim of this programme was to increase the capacity of Abu Dhabi's wastewater system by constructing a new 45 km long deep gravity tunnel. The client had a requirement of an 80-year service life for the tunnel. With traditional tunnel construction methods and materials, this would be difficult to achieve, as the salinity of the groundwater was approximately four to five times that of seawater. It was also high in sulphates and the sewerage produced gases that could deteriorate the concrete.

Working with the contractor Salini/Impregilo S.p.A., we developed a solution that involved the use of SFRC together with a special concrete mix that replaced much of the cement required for a tunnel of this size with greener binders such as fly ash and blast furnace slag.

We were happy to see that this approach contributed to a winning design, met the client’s required service life, and helped win the Arabian Tunnel Design Award in 2015. 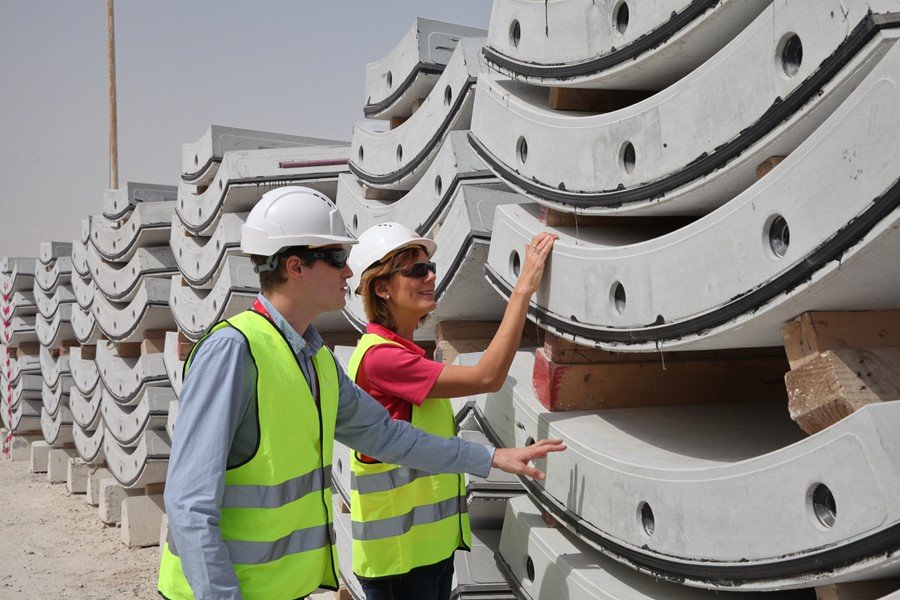 Currently, our team is working on the Dubai Deep Tunnel Storm Water System (DTSWS) as the Design Consultant for the PORR/BESIX Joint Venture. It is one of the most ambitious infrastructure projects undertaken by this government and will drain almost 40 per cent of the entire urban area of Dubai.

One of the biggest challenges in meeting the client’s requirement for a 100-year service life on this project is the ground conditions. This groundwater is approximately 20oC warmer and six times saltier than seawater, resulting in a corrosive chemical reaction that occurs approximately eight times faster when compared to European conditions.

By using the refined SFRC mix ratio that we perfected after a year of testing in the lead up to the STEP project, we have been able to produce a denser, more durable mixture that stands up to the challenging environmental conditions in the Middle East and further reduces carbon dioxide emissions.

As the demand for sustainable and durable solutions to urban development continues to rise across the world, we are now seeing many contractors include SFRC as a requirement in their bid material.

Beyond the application for bored tunnels, we have used SFRC for high warehouse spaces across Denmark, including the Carlsberg's Brewery, and in a state-of-the-art demonstration road bridge. Many other industries are keen to embrace this technology and reap the benefits, but for now, structural limitations do exist. Additionally, SFRC ingredients behave differently in different parts of the world, and it takes time to develop and test new solutions.

Our latest challenge is learning how to modify and optimise the SFRC mix ratio for use in sewage tunnels. The bacteria in wastewater produces sulphuric acid that eats away at the concrete inside the sewage tunnels. In lab tests, we are trying to determine how fast the acid deteriorates the concrete, how different bacteria from different countries behaves, and how thick the concrete needs to be to meet service life requirements. A test this extensive has never before been done anywhere in the world, but I feel confident in our approach, and excited at the prospect of using this technology in this type of infrastructure. 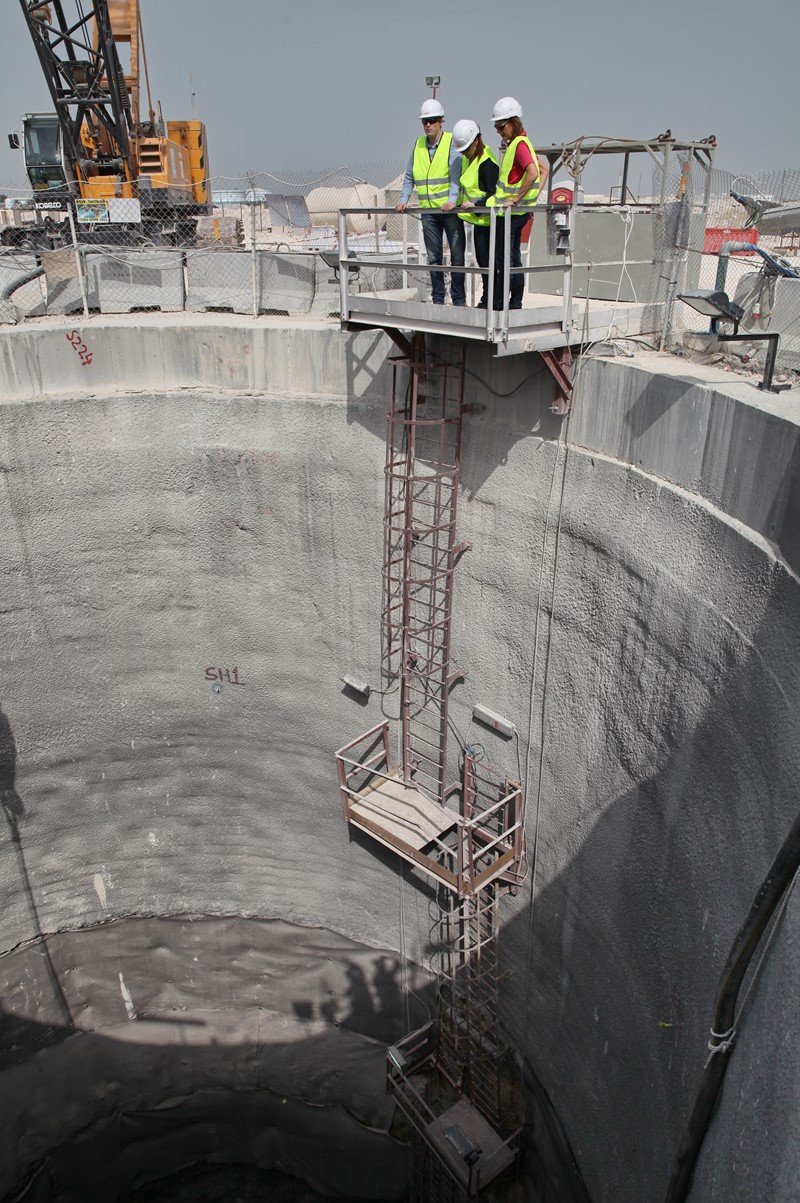 The future of concrete

In India and in many developing countries in Asia and Africa, cement production is expected to rise as these regions grow, urbanise and develop their infrastructure. The International Energy Agency has recommended that these countries in particular adopt efficient material strategies as soon as possible to optimise the use of cement in concrete to help reduce emissions along the whole construction value chain through reduced demand growth.

Could SFRC be an environmentally, financially and socially sustainable answer to this global materials strategy problem? I believe it could be.

I am responsible for COWI's activities within concrete durability technology and service life design for new bridge, tunnel and marine structures.

I have extensive experience in investigation, assessment, maintenance and repair evaluation of deteriorated concrete structures with particular expertise in consequences related to cracks and remedial measures including coatings, crack injections and repair materials for structures.

I am also the Danish Representative for the International Federation for Structural Concrete (also known as Fédération internationale du béton, or fib) and a member of Commission 8 'Structural Service Life Aspects'.