A STEP CLOSER TO THE WORLD’S MOST POWERFUL NEUTRON SOURCE

The European Spallation Source (ESS) - a multi-scientific research facility in Sweden - is one step closer to becoming the world’s most powerful neutron source now that the civil works have been handed over.

For everything from motors and medicine, to plastics and proteins, detailed studies using neutrons are dependent on how many neutrons can be produced by a neutron source. This is a significant limitation for existing neutron sources , most of them, like ESS, based on spallation technology and particle accelerators. As a result, scientists and engineers developed a next-generation neutron source; ESS, which is based on the world’s most powerful linear proton accelerator.

This will provide new research opportunities for up to 3000 researchers per year that will visit ESS to carry out experiments in the science of everyday life.

But all this clever science needs a clever research facility to house it. And that facility has to withstand almost anything– including a severe earthquake.

That’s where COWI comes in.

“Using the knowledge gained from designing long-span structures; structures in seismic locations; and generally designing from first principles, it was a real pleasure to tackle a new challenge and really flex our engineering muscles.”

The research facility will utilise neutrons as a tool to obtain information on the nature of different materials. It is made up of three main parts: a mainly superconducting accelerator roughly 600m long where protons are accelerated to almost the speed of light; a target station where the protons collide with a tungsten target which then releases the neutrons needed for research; and instruments to which the neutrons are led, providing detailed data about the samples under investigation.

Comprising a large compound of different buildings, ranging from heavy industry and laboratory buildings to office facilities, designing the ESS was always going to be a challenge. 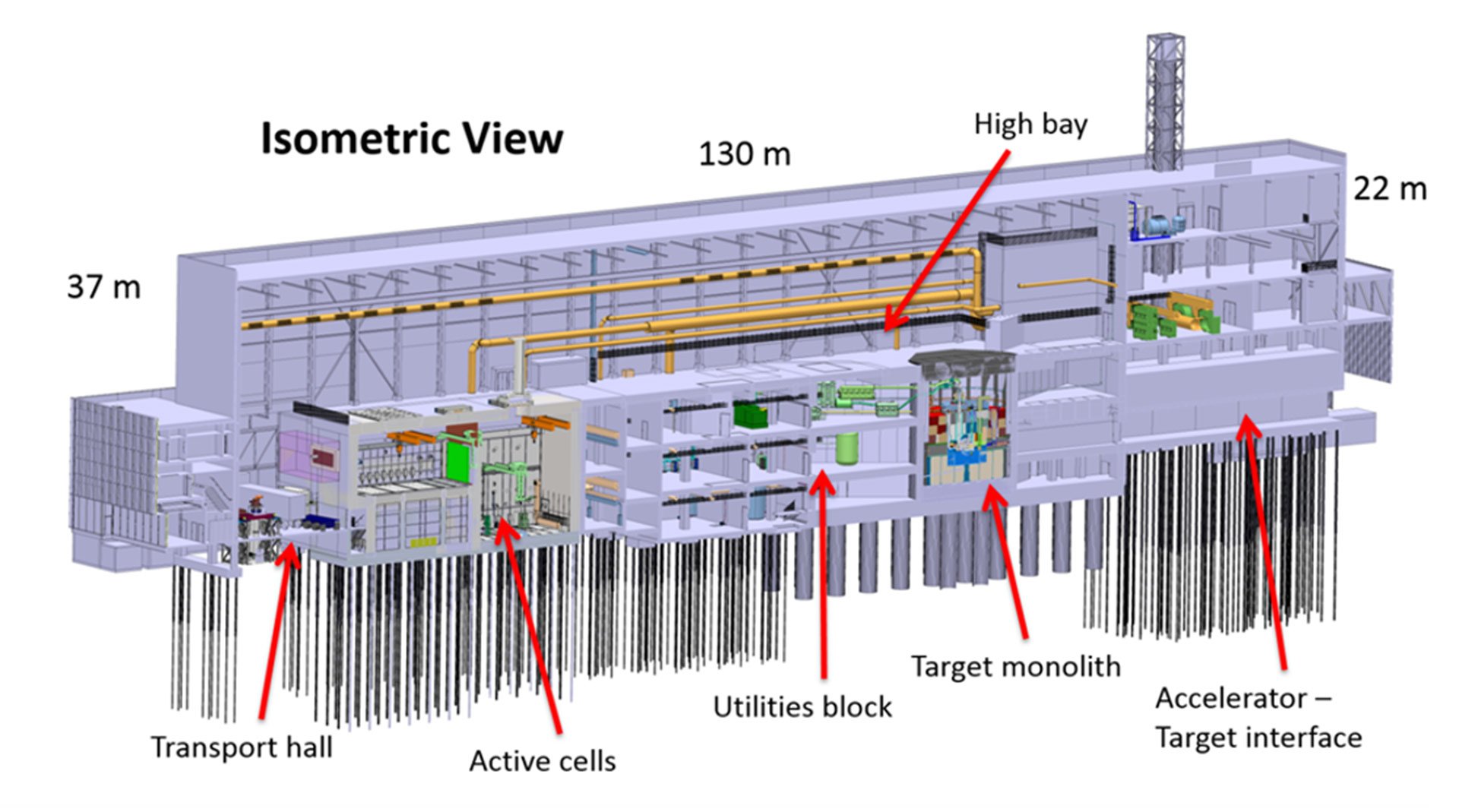 COWI was responsible for designing 5 of the 7 buildings within the Target station. Because this is where the spallation process takes place (where the neutrons are released, a process in which ionising radiation will be generated) it required a design in accordance with the Design Guide for Nuclear Civil Structures.

‘Not so tough’ I hear you say…

But now consider that all the building units were founded on a mix of concrete piles and steel core piles which had been installed prior to our involvement and crucially, prior to new seismic requirements, which necessitated retrofitting to a design for earthquake loads with a return period of one million years.

Now you understand the challenge our teams faced a little better!

Then there were the 2 Experimental Halls and 3 Adjacent Buildings to design, as well as taking on responsibility for the overall coordination of structural behaviour for the entire Target Station. The Experimental Halls comprise 130 m long continuous concrete base slabs subject to extremely high live loads from shielding blocks, very strict settlement requirements due to the scientific instruments and large shrinkage forces, a very challenging combination. 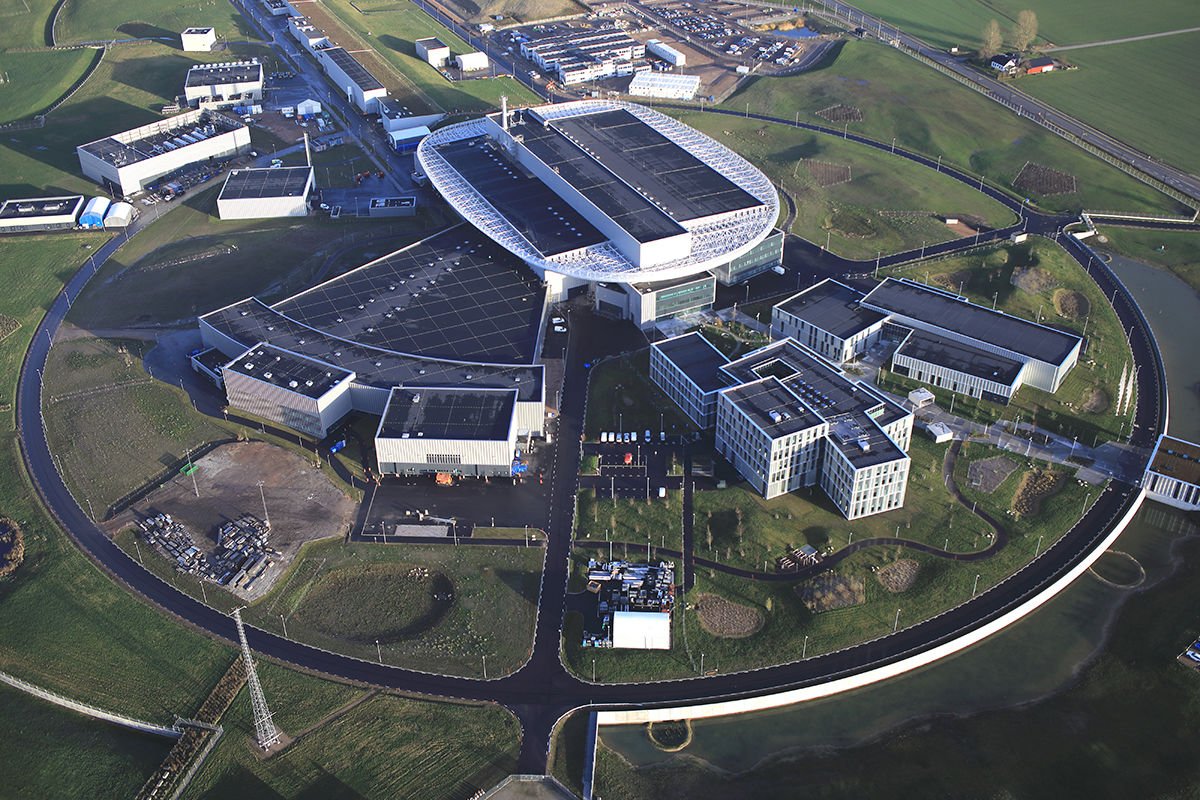 Our success comes down to the huge collaborative efforts of our talented colleagues from across the globe. About 85 engineers from Denmark, India, Korea, Oman, North America, Sweden and the United Kingdom worked hand in glove with ESS and the construction partner Skanska, to overcome all the challenges encountered to deliver this incredible facility.

That’s no easy task, but the team really made an important contribution to the project.

“ESS is a very large and complex research infrastructure project, and COWI’s work has been essential for the structural design of the Target station and adjacent buildings,” says Lisa Arthursson, ESS Design Lead Conventional Facilities. “COWI’s expertise in seismic design really made a difference for the construction project.”

The civil works have been handed over to ESS gradually during the construction phase, with the last buildings, including the Target station, handed over in December 2021.

“It’s been a real honour to manage COWI's contribution to this ground-breaking project. It’s incredible to think that the research undertaken here could one day lead to the next great scientific breakthroughs within medicine and health, environment and climate, energy, cultural heritage or fundamental physics. I would like to take this opportunity to thank all my colleagues who have been involved in this project for their perseverance, out-of-the-box thinking and huge contribution to one of Europe’s largest infrastructure projects. You should certainly feel proud of your achievements and be ready to say “I was involved” when new scientific discoveries from ESS are announced in the coming years.”